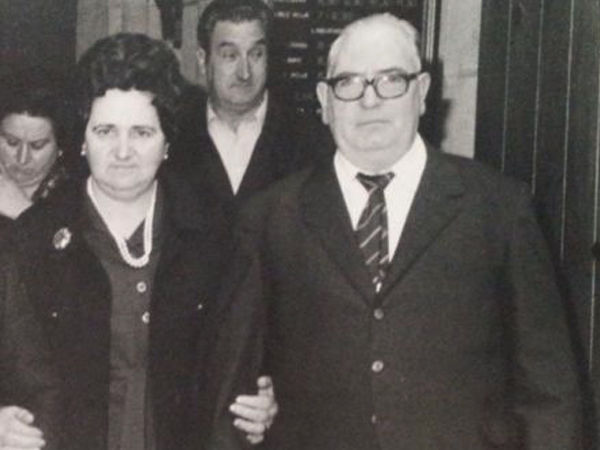 The Petritegi cider house takes its name from the farmhouse-press built in the early 16th century. Its name means house of Petri; 500 years ago a man from San Sebastian going by the name of Petri De Igeldo (Pedro) issued orders for the construction of this building so characteristic of Gipuzkoa to house his family, agriculture & livestock breeding and cider making in the same architectural unit. The farmhouse was built around the cider press, located on the first floor of the building and occupying a large part of the space.

Although Petritegi has always remained faithful to cider making, several families lived here until the early 20th century, when our great-grandfather Agapito Goikoetxea bought the farmhouse, continuing, it goes without saying, with the cider-producing tradition. The property was passed down to his son Jose Joaquín Goikoetxea, who died soon afterwards, leaving Petritegi to his daughter, Josefa Goikoetxea, our grandmother. 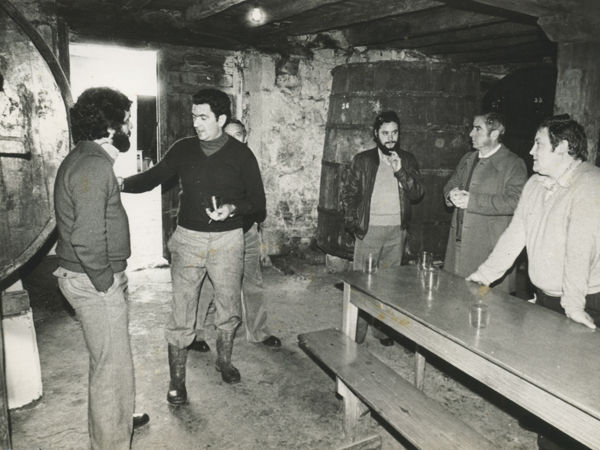 Josefa was a hugely industrious worker: in addition to going about the farmhouse chores, tending the vegetable garden and selling her wares at the San Sebastian market, she held the economic reins at Petritegi, selling cider from the barrels to the cider enthusiasts who would come by. Josefa married Pedro Otaño, who was the cider house representative and gave a boost to cider production at Petritegi by introducing machines to the cider making and bottling processes. You have to remember that at that time Josefa couldn’t be the cider representative because she was a woman, even if she was the heir of Petritegi and a very loyal worker. Josefa and Pedro were succeeded by their sons Juan Luis and Jose Joaquín Otaño, the latter of whom brought about great change at Petritegi, giving birth to the innovative business vision for which we are known today. Joaquín Otaño is still the alma mater of Petritegi, even if the cider house is presently run by the 5th generation of the family. 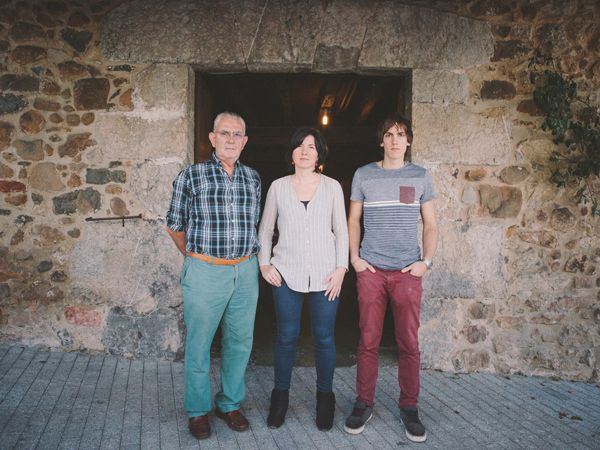 <Jokin Otaño, Joaquín’s son, worked beside his father from a very young age. He took up the reins of the business in 2005, with his sights set on turning cider making into a professional business, yet always maintaining the essence of tradition. Unfortunately Jokin died in 2009 aged only 39, but his project has continued to forge ahead thanks to his sister Ainara Otaño, who took up the baton and set about earning respect in a world largely dominated by men. Ainara has introduced new and exciting projects combining tradition and innovation: spreading knowledge of Petritegi’s history and cider culture by means of different activities, creating and marketing Eusko Label cider and other products such as apple juice, opening foreign markets for Petritegi (mainly in the USA), etc. She has been accompanied in her endeavours by a team including 3 generations of the Otaño family, where some of those up and coming from the 6th and for the time being latest generation are already making their mark, such as Jokin Otaño’s two sons.

Where Petritegi cider is consumed